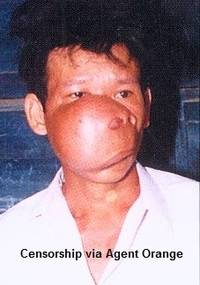 Under 30 minutes, deceptions 2 is Chris Pratt’s follow-up to his popular full-length documentary from 2010 (reviewed here). D2 focuses on the use of public relations firms to manipulate the public into supporting foreign wars of aggression.

But these aren’t ordinary wars, where industry sends armies into the bush to slaughter natives to seize their lands. Instead, now the US and its allies are poisoning the lands they invade, using depleted uranium and caustic chemicals, and generating an epidemic of birth defects.

This is a continuation of the chemical contamination with Agent Orange, which the US and its allies used in Laos, Cambodia and Vietnam. Pratt spends some time covering the ongoing teratogenic effects from that era, and briefly comments on Gulf War Syndrome.

“There has been a fundamental change in the nature of war and militarism since World War I,” wrote the late Dr. Sr. Rosalie Bertell in 2004, “and this change has escalated out of control since World War II.”

A Grey Nun of the Sacred Heart, Bertell received her Ph. D. degree in biometrics with minors in biology and biochemistry from the Catholic University of America in 1966. She founded the International Concern for Public Health (IICPH), and was a founding member of the International Commission of Health Professionals, and the International Association of Humanitarian Medicine. She served on the Bhopal and the Chernobyl Medical Commissions, and was a recipient of several awards, including the Right Livelihood Award. She died last June at the age of 83. 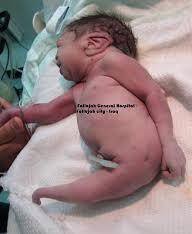 “The use of toxic gas as a weapon, poisoning of water ways or air, and using chemicals in warfare broke the taboo against widespread and indiscriminative killing of non-combatants. This trend escalated during WW II through carpet bombings, the nuclear bombs and the V2 rockets. Then chemists, using the chlorine gas, separated for a WW I weapon, developed agent-orange and an array of pesticides, herbicides and defoliants which attacked both people and the living earth itself. The military used these in the Viet Nam War. Extensive use of land mines in Korea and elsewhere, prolonged wars beyond the truce, and now we have the firing of radioactive waste, depleted uranium, at an enemy, prolonging the mutilation and killing for generations after the war is over.”

From Agent Orange victims to Bush babies, the film does not ignore Obama’s transgressions against basic human rights, including his overturning the Magna Carta by claiming the role of accuser, judge and executioner under the National Defense Authorization Act and Executive Orders.

But Pratt employs levity, too, when he reproduces James Corbett’s 3½ minute summary of the 911 Commission report, and Stephen Colbert’s 2-minute schtick on Global Terror color warnings.

Inspired by Margaret Heffernan’s Ted Talk on the dangers of “willful blindness”, Pratt set out once more to jostle the sleeping masses. Like the story about a town poisoned by asbestos, Pratt realized the same could be said about the destruction of our planet.

“This is not happening in secrecy,” he told me. “It’s happening right in front of us and people are choosing not to look.”

For those who want to, below is his latest documentary: