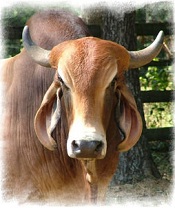 Since Nov. 25, grocers, meatpackers and other firms began labeling meat not only where the animal was born, but also where it was raised and slaughtered, as part of the S Dept. of Agriculture’s tighter COOL rules. The new rules were written in May, but gave firms six months to come into compliance. The USDA describes COOL as being about consumer information rather than food safety.

“After more than a decade,” said R-CALF’s Bill Bullard in an email to me, “U.S. producers can finally differentiate their U.S. beef produced exclusively in the U.S. from the growing tide of imported beef.”

Bullard works through the Ranchers Cattlemen Action Legal Fund, United Stockgrowers of America (“R-CALF USA”), a national, nonprofit trade association that exclusively represents the interests of independent cattle producers within the multi-segmented U.S. beef supply chain. He is among those who pushed for Country of Origin labeling for years, confident that anyone concerned about food miles or how their meat was processed would opt for USA meat.

“Marketplace competition can no longer occur without COOL,” Bullard explained, adding, “COOL allows U.S. cattle farmers and ranchers to highlight their product to U.S. consumers whom we believe will choose our exclusively U.S. produced product if they can identify it in the market.”

Corporate food giants oppose the labels and filed a federal lawsuit asserting that by compelling speech, the government is abridging the corporation’s First Amendment rights. (In the past 120 years, courts have, a tiny step at a time, given fictitious corporate charters personhood status with Bill of Rights protections. It’s insane, I know.)

“That’s what this fight is all about,” Bullard said, “Farmers and ranchers want competition while the meatpackers and their allies want to control the market.”

Three trade partners already objected to an earlier COOL law that only required labeling where an animal was born. Canada, Mexico and Nicaragua asserted at the WTO that it violated trade agreements. On appeal in 2012, the WTO agreed, but will likely review the new, tighter rules.

Meanwhile, since late November and for at least another year, US shoppers will know where meat was born, raised and slaughtered, which should boost the Buy Local movement.