Neither Dem nor Repub; we do not want;
They maketh us lie down in foreclosure;
They leadeth us beside still factories.

They restoreth our faith in self-rule.

They guideth us in the path of unemployment for corporate sake. 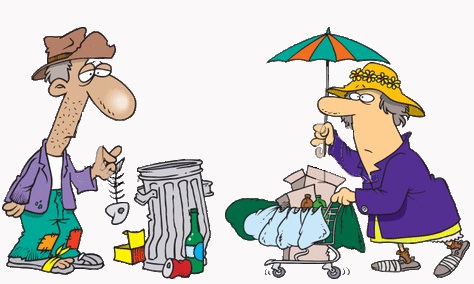 Yea, though we walk through the valley of GMO crops,
We have come to know hunger, for their bailouts are with us.

They hath anointed us with taxes, fees and bureaucracy
Our expenses runneth over

Surely, poverty and war will follow us all the days of our lives

And we will dwell in their servitude forever…

For something a little more serious, see:

Should those estimates hold true, some 45 million people in this country, or more than 1 in 7, were poor last year. It would be the highest single-year increase since the government began calculating poverty figures in 1959. The previous high was in 1980 when the rate jumped 1.3 percentage points to 13 percent during the energy crisis.
http://www.informationclearinghouse.info/article26347.htm