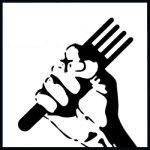 “It is our hope that this document will be useful to investigators at all levels in improving outbreak investigations and serve as a platform for developing local and agency specific policies and additional tools to support these critical public health activities,” said Dr. Tim Jones, Tennessee State Epidemiologist and CoChair of CIFOR.

CIFOR advises these Guidelines are not intended to replace current procedure manuals for responding to outbreaks. Instead, they are “to be used as a reference document for comparison with existing procedures; to fill in gaps and update site specific procedures; to provide models for new procedures where they do not exist; and to provide training to program staff.”

CIFOR is composed of seven professional associations and three federal agencies (USDA, FDA and the CDC).

The FSWG also plans to develop a “trace-back” system, which shuts the barn door after the animals have left. Unannounced inspections before food leaves a plant provide much greater food safety.

Instead of trace-back, the Farm-to-Consumer Legal Defense Fund urges Agriculture Secretary Tom Vilsack (another Monsanto favorite) to re-focus the nation’s animal disease and food safety efforts on several alternatives including:

“FDA is in ‘bad shape’ and the FSIS meat and poultry inspection system is ‘obsolete.’ We’re spending a lot of government money to do inspections that could be done by someone else.  We need to complete the transformation of FSIS as a food safety agency, away from inspection to a science-based public health agency. [Emphasis added. Reported by Agri-Pulse]

Humans have been feeding themselves for 200,000 years without need of government. But, centralization of our food system created by monopolies is the largest threat facing our food supply today. Obama plans to centralize control of the system. It would be much less expensive to taxpayers, and provide a huge boost to local economies across the nation, to break up the food monopolies, thus decentralizing the food supply. This would also provide us with much safer sources of food.

It appears that Obama’s food safety goals include the deregulation of large business and hyper-regulation of small business. With a Monsanto Administration, these plans and guidelines further the goal of implementing a global agreement called Codex, which will criminalize nutrients and naturally grown foods.

This does not bode well for food safety, or for food freedom.

Rady Ananda’s articles have appeared in several online and print publications, including three books. She graduated in December 2003 from The Ohio State University’s School of Agriculture with a BS in Natural Resources.