In response to the past twelve years of discriminatory legislation targeting lesbians and gays, culminating in four more states denying or rescinding Q-marriage last month, the LGBT community has mobilized several actions nationwide to ramp up the Civil Rights Movement of the 21st Century.  Yet, Bill Clinton still defends the Defense of Marriage Act (DOMA) as a political strategy that protects lesbians and gays from harassment by discriminating against them, in the MTVU video embedded below.

Join The Impact is calling on the Q community and its allies for an economic and workforce boycott on Wednesday, December 10th – the 60th anniversary of International Human Rights Day.  Day without a Gay encourages folks to spend the day volunteering – for a soup line, a retirement center, or getting marriage equality petition signatures in California.

DWAG organizer Sean Hetherington told me, “We read about the national boycott of the US economy and the workforce, and support it, but wanted to add a service element to it so that efforts were still going back into the non-profit economy.  Every time someone holds up a soup ladle at a homeless shelter on Dec. 10, we hope a camera catches it for the news, and we hope that those images help change the hearts and minds of people on the fence about the LGBT community.

“What if, just for one day, those who could take off work, did; and instead of staying home feeling hopeless, they went out and did good things for their own LGBT community and/or the greater world to show America that we are compassionate loving people?”

Every successful cause has a logo, and one coordinated effort is to wear a white knot in solidarity.  “The White Knot is the symbol for marriage equality,” writes WhiteKnot.org.  “It takes two traditional symbols of marriage — white and tying the knot — and combines them in a simple way to show support for the right of gays and lesbians to marry.  All loving couples deserve the same legal rights, benefits, and respect that civil marriage bestows.”  Adherents are also asked to wrap their holiday gifts in a white ribbon.

Impact Florida will be holding a Spoken Word Celebration of the 60th anniversary of the Universal Declaration of Human Rights in St. Petersburg on the 10th.  Several groups have joined forces with the Courage Campaign to gather 1 Million Signatures to repeal Prop 8 in California.  Efforts for equality also include legal challenges, like the ones the California Supreme Court has accepted.

On the evening of December 20th, thousands are expected to Light Up the Night for Equality at commercial centers across the nation. On January 10th, a national DOMA protest will be held in state capitals.  LGBTQ Civil Rights Front encourages folks to buy a hometown postcard for Obama’s Presidential Transition Office, asking him to repeal DOMA. 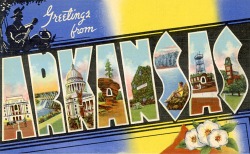 Former president Bill Clinton wooed the LGBT vote back in 1992 and then signed DOMA in 1996, stating:

“I have long opposed governmental recognition of same-gender marriages and this legislation is consistent with that position. The Act confirms the right of each state to determine its own policy with respect to same gender marriage and clarifies for purposes of federal law the operative meaning of the terms ‘marriage’ and ‘spouse’.”

In March 2008, Clinton told MTVU that DOMA served to protect lesbians and gays from harassment:

“There was, at the time, a serious effort to argue that the Congress ought to present to the states a constitutional amendment – a national constitutional amendment on gay marriage.  So the idea behind the Defense of Marriage Act was not to ban gay marriage but just simply to say, if a marriage was – just because Massachusetts recognized the gay marriage that [other states didn’t have to honor it].  Hillary and I at the time defended their right to do, that marriage had always been a matter of state law and religious practice…

“The Defense of Marriage Act did nothing to change that.  All it said was that Idaho did not have to recognize a marriage sanctified in Massachusetts.  And that seemed to be a reasonable compromise in the environment of the time.”

During this March 2008 video interview, he goes on about his gay-friendly employment practices, sounding suspiciously similar to, ‘Some of my best friends are [gay]’:

CLINTON: Well, the important thing is, what’s Hillary’s position?  Hillary’s position is that she doesn’t support it and if we have the votes to repeal it, she’ll be happy to repeal it.  But, let me ask you this, do you believe that there will be more or fewer efforts to ban gay marriage constitutionally around the country if Massachusetts marriage has to be sanctified in Utah?

CLINTON: Answer, answer the question, yes or no?  I asked – we live in the real world, here.

LAMBOY:  No, I understand-

CLINTON: We live in the real world-

CLINTON: No, no, not a political backlash, a substantive backlash in the lives of gay people.  Will there be more or fewer gay couples free of harassment if the law is that every gay couple in America who could go to Massachusetts and marry would then have to be recognized in Utah?”

Relying on Orwellian thinking, Clinton argues that because DOMA discriminates against lesbians and gays, DOMA actually protects them from harassment.  As a strategy, “political realism” historically fails, as evidenced by the proliferation of hate legislation since the passage of DOMA.  In “the real world,” DOMA legitimized harassment of the LGBT community and encouraged states to pass similar laws.  If homophobic heterosexuals really wanted to “defend marriage,” it would be more logical to ban divorce, rather than preclude others from marrying.

Regardless of politician double-speak, Hollywood is doing its share to support the cause for equal rights, producing shorts like this fantastic and star-studded 3-minute video, Prop 8 The Musical, as well as this 7-minute Love Is Love short, embedded below.  Specifically dedicated to those who voted for Proposition 8, Love Is Love stars Jenni Baird and Michael Dean Connolly as closeted hets, and award-winning Jane Lynch, who’s won the hearts of many a theatre-goer.

Keith Olbermann emphatically chimes in during this November 10th broadcast:

Olbermann’s words are compelling and appreciated, especially coming from someone who reaches millions.  But the entire LGBT community has geared up – as evidenced by the 100,000 hits to the DWAG website since its inception on November 15th.  Within 48 hours of launch, local media in ten major cities covered it, as did Telemundo, and TV and radio in Austria and Australia, according to Hetherington.

“We receive around 100 emails an hour from people looking for volunteer opportunities, so we’re interested in more organizations listing, because the volunteers are out there.  We hope this happens yearly, and that it spreads a new power in the fight against ‘H8’ through community involvement.” Hetherington stressed his belief that the boycott must be visible, and recognizes the political capital to be gained by visibly volunteering in public on Dec. 10th.

The success of the Montgomery bus boycott cannot be ignored.  Arguably, that boycott led to Barack Obama’s selection as the first African American to become president of the U.S.  That boycott succeeded because the vast majority of people of color joined together, along with their allies – and stuck with it for a full year.  The December 10th boycott/strike is only for one day.  But like the civil rights movement of the 20th century that continued its efforts for decades, the 21st century movement plans to push non-stop for equality for all.

Lesbians and gays are United States citizens excluded from equal treatment in all but two states.  Discriminatory legislation to “protect” us from hate is illogical and unconstitutional.  Once again, the United States finds itself on the fascistic side of civil rights when compared to the bulk of Western Civilization.